Our goal is to provide the best and most cost effective legal representation in South Australia. Our focus is family and criminal law. Make us your lawyers today. Contact us now to discuss your matter without obligation. Fixed fees available in most cases. 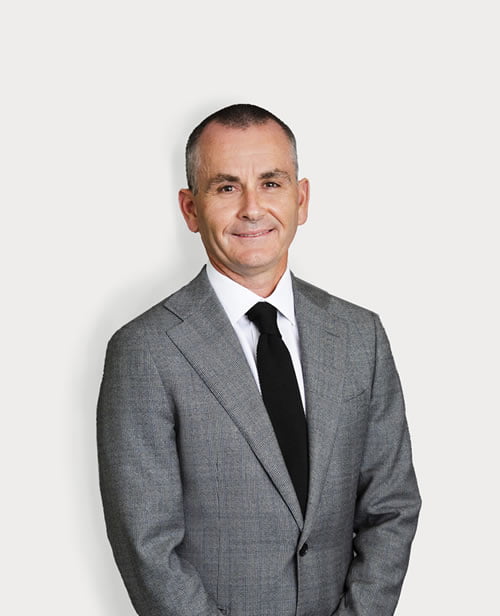 Jonathan has over 20 years experience as a lawyer in South Australia. Jonathan has of course been instructed in a broad range of matters across the legal spectrum, from property settlements and children’s issues to the most serious of criminal charges, and most matters in between.

Currently practising predominantly in the area of Civil and Administrative Law, he is a member of the SACAT panel of lawyers.

Jonathan takes pride in the capable group of lawyers at Stevens Law who are producing great outcomes for the firm and its clients. 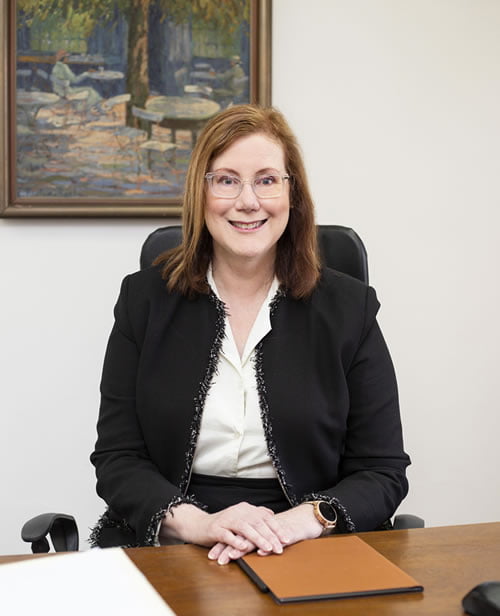 Megan is one of the most experienced Family Lawyers in South Australia, having focused on Family Law for over 30 years of legal practice.

Megan joined Stevens Law as a partner in 2020. Megan approaches all her clients with compassion and understanding. Her focus is on assisting clients to resolve matters without the need to go to court.

Her extensive experience includes some years in private practice as a Family lawyer in a commercial law firm. She then moved on to being an instructor of graduate lawyers in Family Law, Wills and Estates and commercial practice.  She also broadened her experience in Family Law and Mediation through her work with the Marion Community Legal Service.

Megan was a founder and mediator with The Marion Family Mediation Service.  She also taught mediation skills to schools and the community. She is also trained in Collaborative Law.

Megan has extensive experience in matters covering the whole range of family law, including acting for parties in complex de facto and matrimonial property disputes (including ones involving businesses, farms and sole traders, and self-managed superannuation funds), spousal maintenance, children's matters, child support, same sex relationships, and divorce applications. Her work in children's matters includes ones where issues of domestic violence, drugs, alcohol, and mental health issues are involved, and where non-parents are seeking custody or contact with a child.

Megan brings experience and her understanding of the stresses involved in family law matters to all her clients. She provides advice tailored to your needs and concerns. 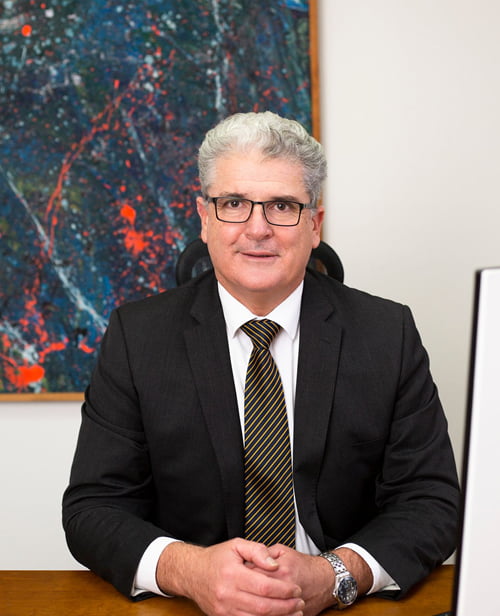 Nick is a Partner at Stevens Law. He practises predominantly in the Family Law areas of Children’s Matters and Property Settlements.

Nick acts as solicitor and in-house counsel for disputed matters when a negotiated outcome between parties is not possible.

Nick was previously a member of the Independent Bar as a barrister where his focus was Family Law and Child Protection Law. He appeared as counsel in the Federal Circuit and Family Court of Australia as well as a variety of South Australian jurisdictions.

Nick has appeared as counsel in a range of contested trials including contravention trials and interlocutory applications, appeals, and urgent recovery orders. He has significant experience as counsel in drafting and settling pleadings and affidavits, contracts, trusts, and business transactions.

Nick is a qualified Independent Children’s Lawyer and regularly appears as same by appointment of the Court.

Nick is a Registered Migration Agent. He has an in depth knowledge of all aspects of Commonwealth Immigration Policy, VISA requirements, and Migration and Citizenship applications generally. Importantly, he was previously employed as a Manager with the Department of Immigration and Multicultural Affairs.

Given his breadth of experience and qualifications, Nick is perfectly positioned to provide advice and representation with respect to VISA and Migration Applications.

Nick has worked for a number of respected Adelaide Law Firms and has experience in Commonwealth and State Government roles including in the development and implementation of policy and in managerial roles.
Nick has significant experience and success in all aspects of Family Law, Child Protection Matters, VISA Migration Law, Wills and Estate Law, and general Commercial Law.

Nick’s friendly and easy going manner belies a fierce determination, attention to detail, and tenacity to achieve the best results for all of his clients.

Contact Nick today on 8470 0313 and speak with our family law team to arrange an appointment time to discuss your matter. 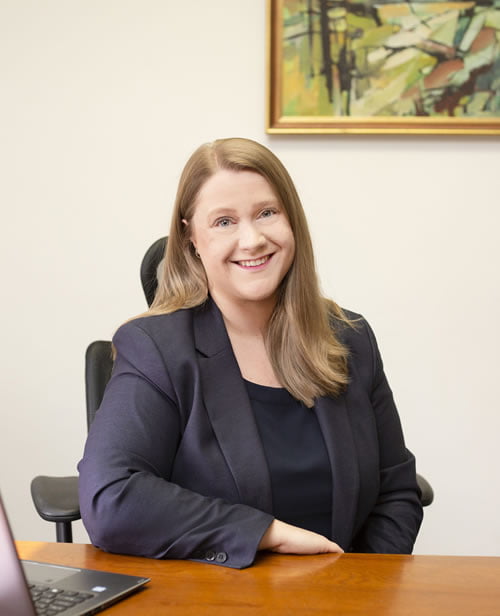 Joanna Caracoussis graduated from the University of Adelaide in 2011 completing Degrees in Law and Commerce. She was admitted to the Supreme Court of South Australia in the same year.

Having worked predominantly in criminal law since her admission, Joanna brings a wealth of knowledge and practical experience in this field. She is highly driven and demonstrates a compassionate nature for whom she advocates. Joanna’s ability to simplify complex legal issues means she offers straightforward advice so clients can make informed decisions about their legal matters.

Joanna has worked in both criminal defence and prosecution on a wide variety of matters, from minor traffic offences through to complex major indictable matters. She has appeared as solicitor and counsel in all South Australian Criminal Courts. Her practical experience, coupled with her unique insight of prosecutorial operations and procedures offers an invaluable benefit to her clients.

Joanna has forged excellent working relationships with prosecutors, court staff and other stakeholders, enabling her to obtain favourable outcomes in an efficient manner.

Joanna is a member of the General Panel and Complex Criminal Law Panel of the Legal Services Commission. 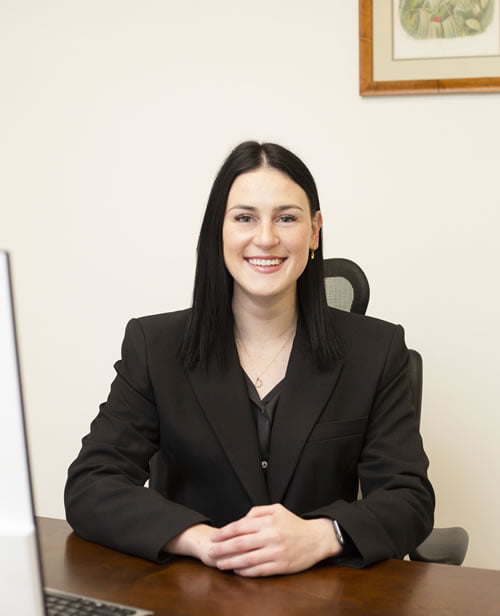 Daniela graduated from Flinders University in 2019 with a Bachelor of Laws and Legal Practice and a Bachelor of Criminology. Daniela was admitted to practice in 2020 and has gained experience as a Solicitor working in a boutique law firm where she further developed her understanding and skills in a range of different areas of law. At Stevens Law, Daniela specialises in Family Law and is committed to assisting clients and guiding them through the difficult nature of family law issues.

As a Family Lawyer, Daniela takes great satisfaction in helping people resolve the issues that are most important to them, especially when these matters can be lengthy and confusing. Daniela eases the strain on her client by providing efficient, timely advice to client to guide them through this difficult time in their lives.

Her focused, reasonable, and honest approach puts clients at ease and helps to keep the matter on track, whilst giving clients sound and well-reasoned advice across all aspects of their family law matter. 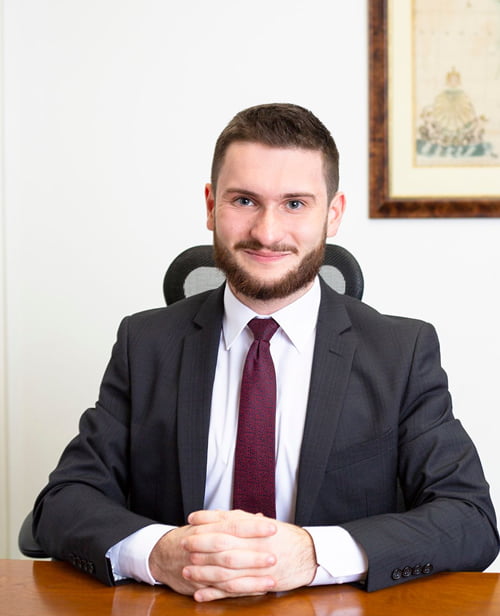 Alexander graduated from the University of Adelaide in 2021 with a Bachelor of Laws and a Graduate Diploma in Legal Practice. He was admitted into practice in the same year.

With a particular focus in Family Law and Criminal Law, Alexander is committed to resolve his client’s matter in an efficient and timely manner.

Alexander ensures that his clients are kept up-to-date and fully informed with the progress of their matter.  Alexander provided realistic advice to his clients whilst at all times striving to achieve the best outcome.

In his spare time, Alexander is an active Surf Lifesaver and regularly patrols on beaches on the Peninsula. 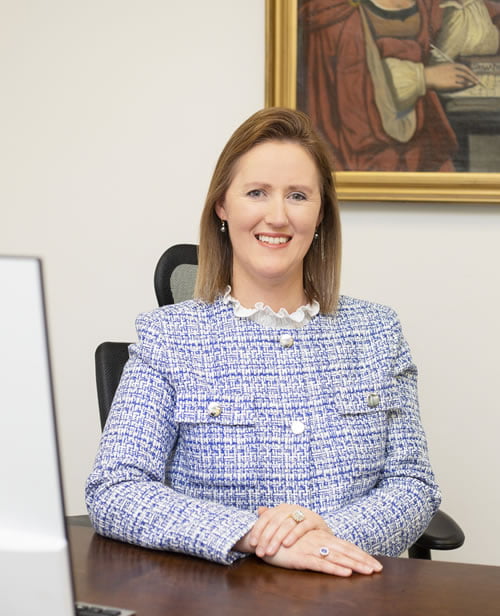 Larissa has over 20 years experience in the legal industry. Having previously worked for leading South Australian commercial law firms, she is now the Practice Manager of Stevens Law.

Larissa is responsible for the day to day running of our firm and liaises with all legal professional governing bodies. She is often the “first port of call” for clients and maintains oversight of all files. She is indispensable to Stevens Law. 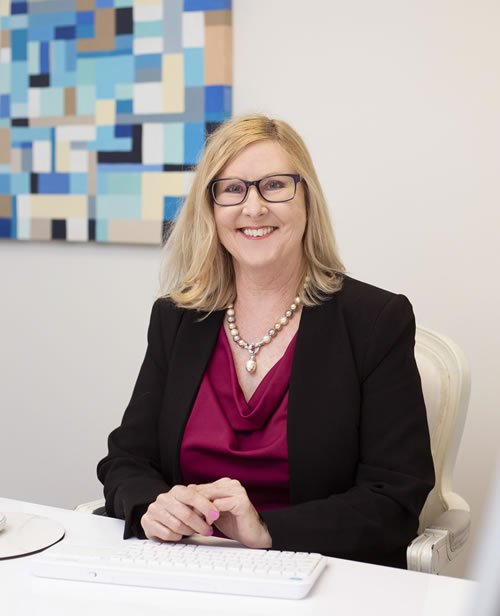 With over 25 years of experience in professional support roles and office administration, Claire brings a wealth of experience and calm to the Stevens Law Offices.

Generally the first port of call, Claire has the ability to guide, direct, and assist our solicitors and clients in equal measure.

We are extremely proud to have Claire as a member of our office.

SEE HOW WE CAN HELP YOU TODAY